Below you will find some of our community work we have done over the years. 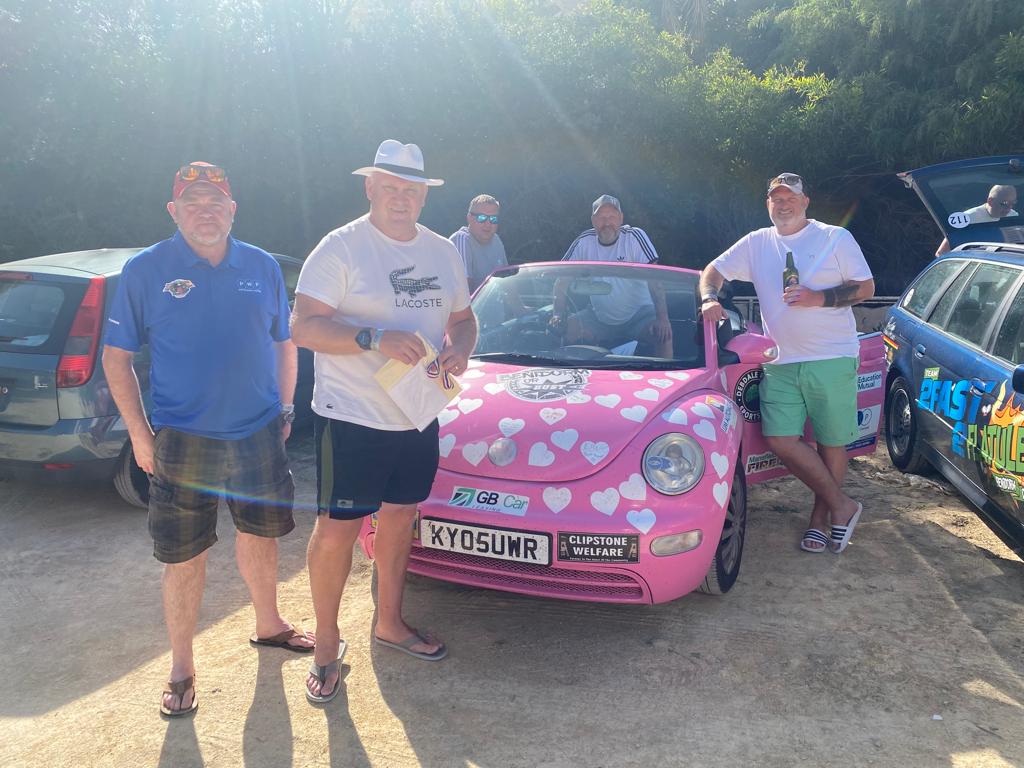 After a few years off and on the back of previous successful banger rallies, we once again be took part in the rally from Dover to Benidorm with a twist! The rally began on the 10th May 2022, when we fired up our bangers and prayed we would make it there! We managed to get 2 teams together paired with this years weapons of choice, 2 old convertable Volkswagon Beetle’s that were sprayed pink for the Lashes Foundation charity. The cars were immense, turning heads everywhere we went from Dover through to Benidorm. Finally completeing the voyage on saturday the 14th of May.

This was again all in aid of 3 very worthwhile causes, The Lashes Foundation, Clipstone Youth Club and Sidney’s Steps. With special thanks to our teams and their drivers:

“Darren and I want to personally send our thanks and great appreciation for your support and attendance at our golf day on Friday. We were overwhelmed by the turnout and even though the weather sadly did a U-turn for those teeing off in the afternoon, we hope you enjoyed the day as much as we did. These days are made so much more successful with the wonderful support and kindness from our sponsors, so would like to pass on our sincere… Read More

“We are so thankful to PW Process for raising money for Sidney. The money was used to fund neurotherapy for Sidney. Sidney has cerebral palsy, hydrocephalus, developmental delays and suffers from seizures. The therapy has helped him so much. His seizures seem to be under control, his sensory problems are greatly reduced, he sleeps better and is just generally a happier little boy. We could never of afforded to fund the treatment ourselves. We are forever grateful Thank you” 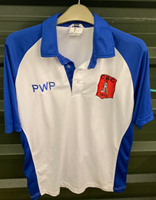 “PW Process have been long standing supporters of our community bowling club, the club itself spans back decades situated in the heart of the former mining village of Clipstone in Nottinghamshire bowls has provided a very worthwhile past time for many local residents off all ages. PW Process have funded many initiatives for the club from new lawn mowers to keep the green in A1 condition to buying match day attire for all of our bowlers. Without PW Process we wouldn’t still be going in the way we are now accustomed.”

“Paul and the team at PW Process have provided valuable support to a number of charitable causes during our time working with them. Their passion to help improve the lives of others is truly admirable and demonstrates a quality of character which is evident in the way they conduct business.

PW Process have been long-term supporters at our events for charities such as Dallaglio Rugby Works, The Injured Jockeys Foundation, Rugby for Heroes, Young Lives Matter and many more. Paul has also given significant personal backing to ensure a young girl being raised in the mountainous area of Nepal is able to receive a decent education and provide her with the best possible opportunity in life.

Integrity and a genuine desire to make life better can be hard to find in these times but they are qualities that have underpinned every interaction I have had with Paul and the team, throughout all the years I have known them.” 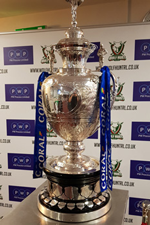 “PWP have supported our club since it’s emergence back in 2014. They have provided playing kits and equipment for our open age and junior sections, which was gratefully received. PWP have supported us with any events that we have run for charity, and were instrumental in supporting us through our 2020 Challenge Cup campaign, which also saw us raise over £1000 for the charity MND. We’re proud to carry PWP’s logo on our jersey, and look forward to continuing our partnership with them in the future.” 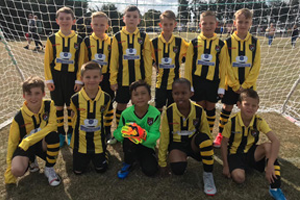 “We are Tigers whites U10’s football team we compete in the Echo league which is one of the biggest and most competitive leagues in Essex / London. This group of boys have largely been together since they were 6 years old.

Based in Rainham Essex , Tigers JFC is an FA chartered standard football club and is the biggest club in Essex with over 60 teams ranging for U7’s too U18’s. We have been fortunate to have been sponsored by PWP for the past 2 seasons, following us establishing a close working relationship between myself at Thames Water and PWP. A big Thank you to PWP for ensuring the boys have all the kit and equipment they need to continue to play grassroots football.”

“Clipstone & Bilsthorpe cricket club is a community-based club that play in the mining village of Clipstone with 2 adult teams and a youth team we rely on support from the community. Without the support from Paul and Kelly Wright (PWP) the club would struggle to stay afloat going forward. There sponsorship helps with the youth set up going forward and the Maintenace badly needed to keep the facilities going. Golf day, Halloween and children’s play areas are just a few events PWP support massively. CBCC would like to thank Paul & Kelly and thank them for everything they do! Without them CBCC wouldnt survive.” 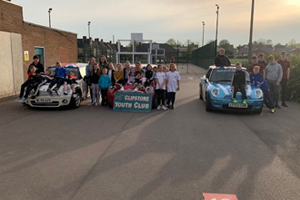 “PW Process has been a long time supporter of the village Youth Club donating numerous items over a number of years in 2018 they undertook the Benidorm or bust rally to raise some much needed funds for new youth Club equipment, the journey was very successful and the amount raised was just phenomenal all the staff and kids that use the youth club cannot thank PW Process enough for their generosity.” 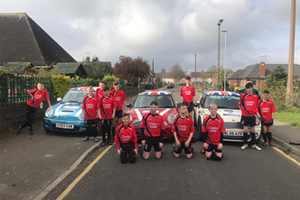 “Paul and his band of merry men undertook to raising funds for new training kit for Clipstone Youth Club Colts FC during 2018 they underwent the Benidorm or Bust rally reaching Benidorm Spain in 4 days and raising monies to fund our kit. We are very grateful for all of their efforts and the kids within the football club are very thankful of the new kit. Thanks again to everyone involved.” 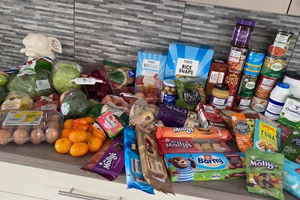 “During the first lockdown period of the COVID-19 pandemic PW Process donated hundreds of food parcels within the local community, People within the community nominated those that were vulnerable, elderly, Key workers, single parents, become unemployed or just in need of a pick me up…the community really rallied together to support this initiative and it really made a difference not only to the people themselves but to the whole community. Paul, Kelly PW Process and the all the people involved were selfless during this very concerning period and the whole community want to thank PW Process for their very kind generosity.” 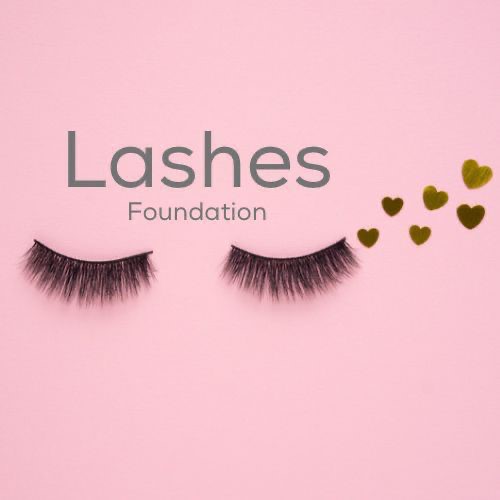 PW Process Ltd are a Major donator to the Lashes Foundation their support for the foundation has been unbelievable and continues to be valued by so many we have currently been able to support in excess of 50 projects which we wouldn’t have been able to support without the hard work and very donations form PW Process Ltd and our other major donators.

You can find out more about which cookies we are using or switch them off in settings.

This website uses cookies so that we can provide you with the best user experience possible. Cookie information is stored in your browser and performs functions such as recognising you when you return to our website and helping our team to understand which sections of the website you find most interesting and useful.

Strictly Necessary Cookies should be enabled at all times so that we can save your preferences for cookie settings.

They are required for certain features on the website and without them, the website would not function correctly.

If you would like to learn more about cookies or find out how to disable them in your browser, go to: https://cookies.insites.com/disable-cookies/

If you disable this cookie, we will not be able to save your preferences. This means that every time you visit this website you will need to enable or disable cookies again.